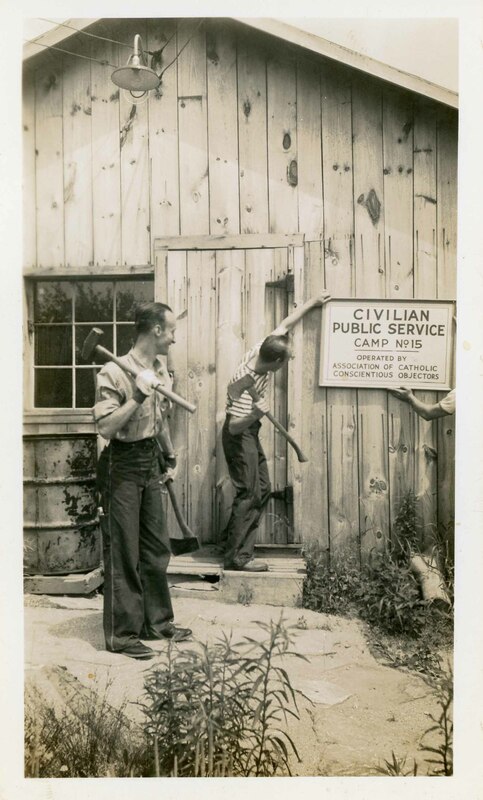 Image of two men holding tools and hanging up a sign on the side of a building that reads "Civilian Public Servic Camp No. 15, Operated by Association of Catholic Conscientious Objectors." The back of the photo identifies one of the men as "Dwight Larrowe."

Many volunteers and staff members of the Catholic Worker went to prison or public service camps during World War II for refusing the draft.

Copyright The Thomas Merton Center at Bellarmine
University. All rights reserved.
Photographs copyright of the Merton Legacy Trust. Not to be used without written permission.